Dhanush wrote the lyrics for the Tamil version. 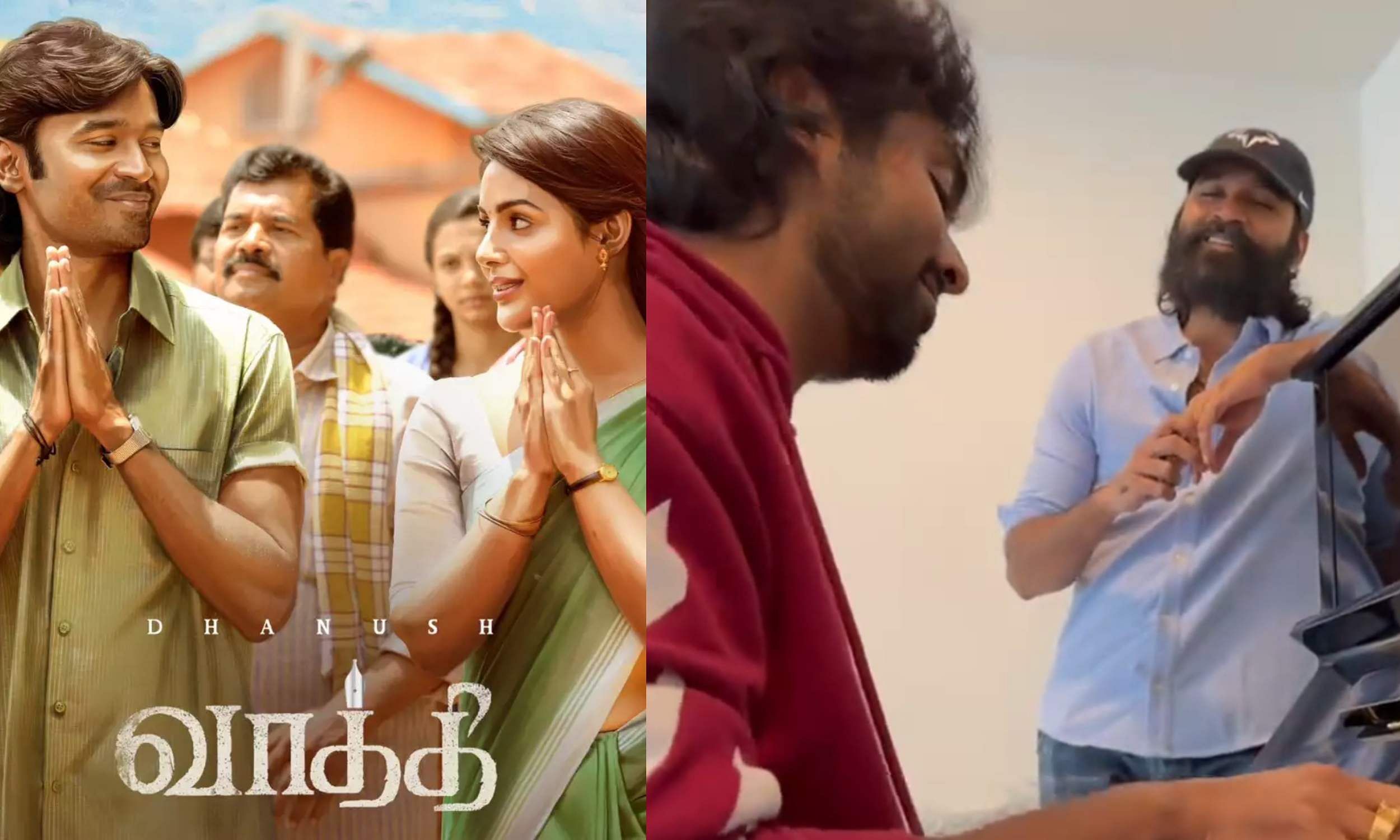 The Telugu version was written by Ramajoagaiah Sastry.

GV Prakash Kumar played the piano in the sneak peek while Dhanush sang both versions.

Composed by GV Prakash Kumar, the soothing song will be out on November 10, 2022.

Produced by Fortune 4 Cinemas and Sithara Entertainments, this film stars Sai Kumar as the bad guy.

A poet-u @dhanushkraja lyric on #vaathi/Sir from the 10th album.

It is a Telugu love melody sung by Shwetha, at @ramjowrites.