Salman Khan and Varun Dhawan recently appeared on ‘Bigg Boss 16’ for their film ‘Bhediya.’ The producers have released a promo that shows Salman asking Varun to bite on his bum like the wolf bites Varun in the film… 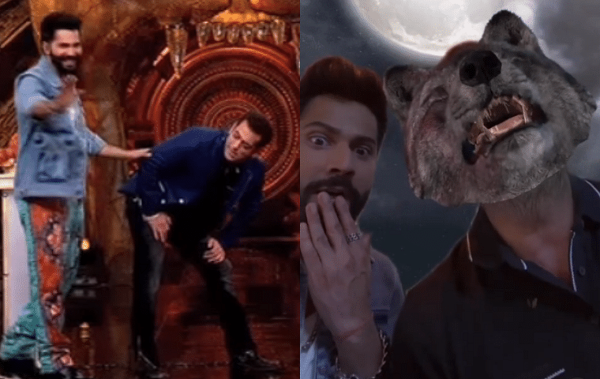 You are about to watch the new Punjabi song ‘Takdaa Rawaan’ which is sung by Sachet Tandon and Parampara Tandon.

Virat is scolded by Ninand in Ghum Hai Kisikey Pyaar Meiin on location.

Morgan Freeman stars in the official trailer for ‘Our Universe’.

Varun Dhawan and Kriti Sanon recently appeared on Salman Khan’s ‘Bigg Boss 16’ their film ‘Bhediya.’ The makers have shared the promo of the show where hot Salman can be seen asking Varun to bite on his bum, just like the wolf does to Varun’s character in the film, leaving Kriti in splits.

The promo shows Kriti briefing Salman about the film and how a wolf bites Varun’s character on the bum.

However, when Varun tells Salman that he will not bite on his bum, but on his hand, the superstar turned sporty and says ‘Nahi, kaatna hai to bum pe kaat, bhediya jaha kaatta hai wahi kaatega tu.’ For more news and updates, stay tuned to ETimes..