We have seen a glimpse of Kriti Sanon and Varun Dhawan’s “magical” chemistry after the duo captivated us with the soulful song Apna Bana Le.

After how many years have you and I been working together? From what I understand, it has been six years,” he replies. The two starred together in Shah Rukh Khan’s 2015 film Dilwale. 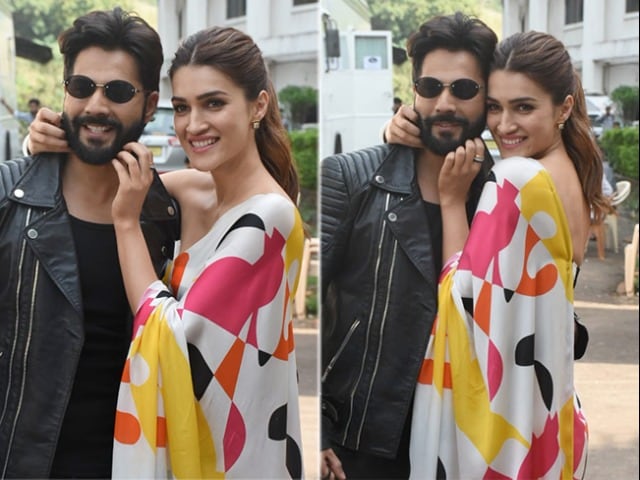 How have things changed? ” asks the actress.

Kriti concurs, adding, “We have also become more comfortable with each other.”.

According to Kriti Sanon, Varun Dhawan pays a lot of attention to her.

In reference to the time when they worked together on Dilwale and Kalank, he nods and adds: “She asks the same amount of questions.”

Upon seeing this, Kriti asks, “Has it not increased?” and gets her answer instantly.

His favorite track is “It’s my favorite.” However, he does not consider it romantic.

In response to Amar’s comments, Kriti interrupted him, saying, “It’s a love song, it’s not a love song.”.

“It’s one of the most romantic things I’ve ever seen.”

After revealing her favorite part of the Apna Bana Le song, Kriti Sanon offers her take on the song.

“Amar ka sabse bada problem tha humari chemistry ke sath ki zyada chemistry nahi honi chahiye” (Amar was concerned that our chemistry shouldn’t be too intense). In several instances, Kriti Sanon mentions that Varun won’t be able to get too close to her during the film.

Her laughter fills the air as she says, “I think Amar protects me a lot.”.

Due to their “very comfortable” relationship, Kriti Sanon found it easy to work with Varun Dhawan on Bhediya.

There are problems, but Amar (Kaushik) gets worried sometimes because our chemistry makes us look like we’re in love (on screen), when it is just our friendship). “Kabhi kabhi fir Amar (Kaushik) ko problem hai kyunki usko lagta hai ki pyaar dikh raha (on screen).

The chemistry between Varun Dhawan and Kriti Sanon has helped the film, according to the actor.

The characters have benefited from that, he says at the end of the clip.

Kriti Sanon commented on the video, saying, “You know the chemistry is magical when the bond is pure…